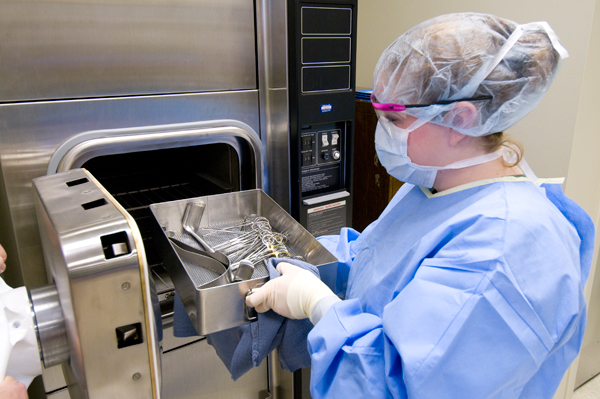 Sterilization is the process where all biological matter is destroyed. It can be done through chemical or physical means. For instance, an autoclave uses steam to sterilize by high pressure. Infrared can also be used to kill microorganisms by using high temperatures for a few seconds. When it comes to using chemicals, hydrogen peroxide can be used to break down biological matter.

Sterilization can also be used to get rid of quasi-living biological agents like bacteria and viruses. Even though not everyone believes they are alive, failure to remove them might have deadly consequences to people especially patients and personnel. It is important to select the best sterilization technique that will do the job.

There are many ways you can carry out physical sterilization in the lab. You can use heat and pressure to remove the substances from equipment and instruments. The challenge with using this method is that some viruses are known to resist getting denatured by high temperatures. You will need to know how to adjust the temperatures to remove these compounds.

You can use ionizing radiation to sterilize by releasing electrons from molecules. Most transmissible agents need RNA and DNA for their propagation. The radiation will sever the nucleic acid link thereby reducing their transmission. The technique is effective for disinfection. However, some fungal spores and bacteria resist the radiation.

Another method is through the use of Ultra-Violet lamps. Ultra-violet rays are generated by the sun then filtered out by the atmosphere. Micro-organisms have no natural resistance, and this makes it one of the most efficient sterilization methods. You can use UV lamps but ensure you avoid getting exposed for long periods. The lamps need to be in direct sight with the object. Objects also need to be in proximity to the lamp.

You can also do chemical filtration of compounds. The method excludes biological compounds based on the particle size. It is good for disinfection but should be used with another sterilization technique for it to be effective.

You can use Ethylene Oxide to sterilize objects that are sensitive to radiation and high temperatures. It can be used to sterilize plastics, electronics, and optics since they are easily damaged by high temperatures making them unusable after sterilization. The chemical is commonly used to sterilize medical equipment that is durable and endoscopes. The chemical makes it impossible for micro-organisms to reproduce and produces good results. However, it should be noted that the chemical is a known carcinogen and can present a dangerous risk in the lab if not handled well.

Hydrogen Peroxide Vapor can also be used in sterilization. It can be used to remove biological matter and agents from furniture surfaces and other areas that are difficult to sterilize. The vapor will penetrate the desired area and can be used to sterilize pass-through chambers and other hospital devices. However, you should avoid overexposure since it breaks down living tissue as well.

Most of these methods are used together to establish a more lasting sterilization protocol in the lab. You need to ensure you use the right method so that all the biological matter can be eliminated completely.

Monitoring product quality and safety The custom procedure trays should always be cleared by the appropriate technical person that is mandated to regulate such equipment. The manufacturer is also required…

END_OF_DOCUMENT_TOKEN_TO_BE_REPLACED

How Does The TAA Pertain To Surgical Trays? The Trade Agreements Act of 1979 was passed by Congress to serve several purposes. Firstly, it aims to foster international trade and…

END_OF_DOCUMENT_TOKEN_TO_BE_REPLACED

Sterilizing Your Surgical Tray The sterilization process is the most crucial process in a medical laboratory. There are many ways to sterilize surgical trays without damaging the equipment. Sterilization is…

END_OF_DOCUMENT_TOKEN_TO_BE_REPLACED

What is Autoclaving for Custom Trays? Autoclaving refers to the process of sterilizing equipment and supplies with the use of high pressure usually saturated at 250°F (121°C) for around fifteen…

END_OF_DOCUMENT_TOKEN_TO_BE_REPLACED

Sterilizing the lab Sterilization is the process where all biological matter is destroyed. It can be done through chemical or physical means. For instance, an autoclave uses steam to sterilize…

END_OF_DOCUMENT_TOKEN_TO_BE_REPLACED

Easy Ways to Save Money with a Custom Surgical Tray Spending lots of money on healthcare is a common practice. Even with good insurance coverage, you may still end up…